Suwałki is surrounded by attractive features of the natural world – nature reservations, monuments of nature, lakes, parks, rivers and forests, including three primeval forests (Augustów, Romincka and Borecka Forests). The most remarkable of those are:

Suwałki Landscape Park covering the area of over 6 284 ha, created in 1976, includes the deepest in Poland Lake Hańcza (108,5 m), exceptionally charming are lakes Jaczno and Jeglówek, with numerous hills (reaching 300m above sea level) – with the characteristic Cisowa (Yew) Mountain, the highest in the Suwałki region Rowelska Mountain (298m above sea level) and the famous “hanging valleys”, Turturl eskers and the boulder fields of “Bachanowo” and “Rutka”. The scenery of the Suwałki Landscape Park features in the films: “Pan Tadeusz” by Andrzej Wajda in “The Issa Valley” by Tadeusz Konwicki. 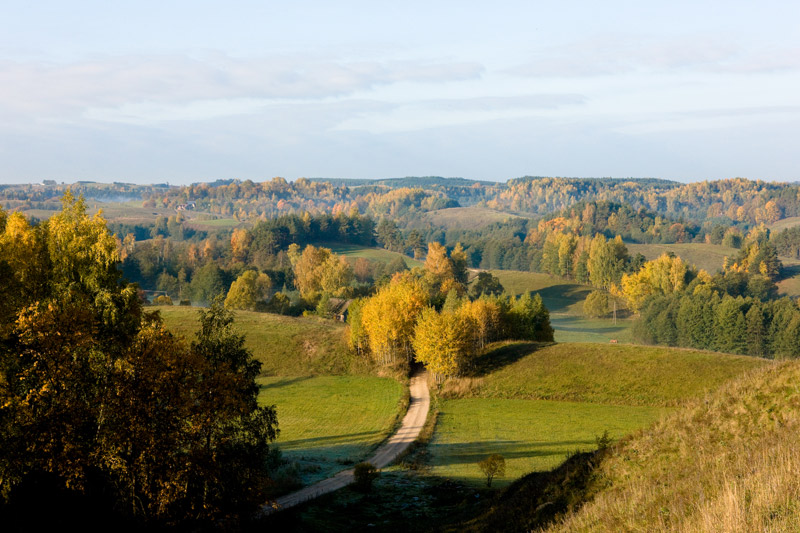 The Wigry National Park covering the area of 15 085,5 ha, established in 1989, with the aim of preservation of the precious natural and scenic features of the area of Lake Wigry – is one of the biggest and most beautiful national parks in Poland. For its unique features of the protected fauna and flora it has been listed by Ramsar Convention (listing the most precious wetlands) and “Aqua” project listing the most precious aquatic eco-systems in the world. http://www.wigry.win.pl 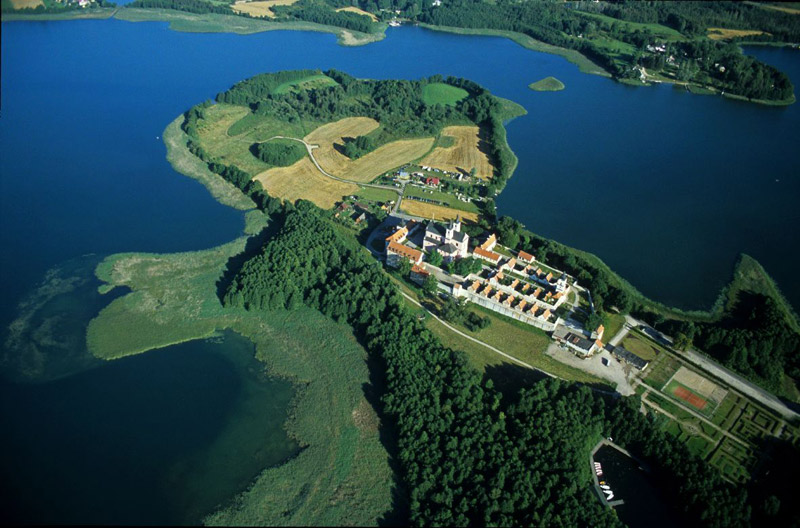 Romincka Primeval Forest – compact forest complex (spruce and pine) of interesting and unique fauna and the flora, its appearance may remind one of the taiga.

Czarna Hańcza, Rospuda, Szeszupa and Marycha – the rivers of the Suwałki region, popular and attractive water routes, enjoyed by tourists and canoeists from Poland and abroad.

Major historic monuments in the neighbourhood of Suwałki:

Wigry – the post-monastic complex. The construction of the church and the Camaldolese Monastery was begun in 1671. Unfortunately, the church was destroyed twice – during the wars in 1915 and in 1944 . After the last war the temple was rebuilt and the former Camaldolese monastery reconstructed. Of all the present buildings original are: the building of the refectory and one of the corner hermitages. The post-monastic complex is the abode the Residential Arts Centre, an institution managed by the Ministry of Culture and National Heritage.

Augustów Canal – a priceless, unique on the European scale, work of water engineering from the first half of the 19th century. It bears witness to the high technical and construction skills of the builders: Polish military and civilian engineers. The Augustów Canal is connected with the Baltic through the Niemen River. The author of the design and the master workman of the first stage of its construction was Lieutenant-Colonel Ignacy Prądzyński, who later in the rank of general participated in the November Uprising (1831).

Stańczyki Viaducts – one of highest in Poland. They are 200m long and 36m high. They were constructed of reinforced concrete, with five bays of equal 15m arches. The northern bridge was erected in 1912-1914, the southern in 1923-1926. The structure has perfect proportions, its pillars are modelled after the Roman aqueducts in Pont du Gard.

Dowspuda – the remains of the Neo-gothic palace of the Count Ludwik Michał Pac, an economic reformer from the first half of the 19th century, great patriot and art lover. (his mementoes also in the neighbouring Raczki).

Sejny (Renaissance-Baroque post-Dominican complex; Lithuanian consulate) and its surroundings with old manor-houses (among others Krasnogruda connected with Czesław Miłosz) and numerous examples of the traditional country architecture.

Puńsk – the capital of the Polish Lithuanians with an ethnographic museum, skansen museum and still alive traditions of folk art and folk Lithuanian cuisine.